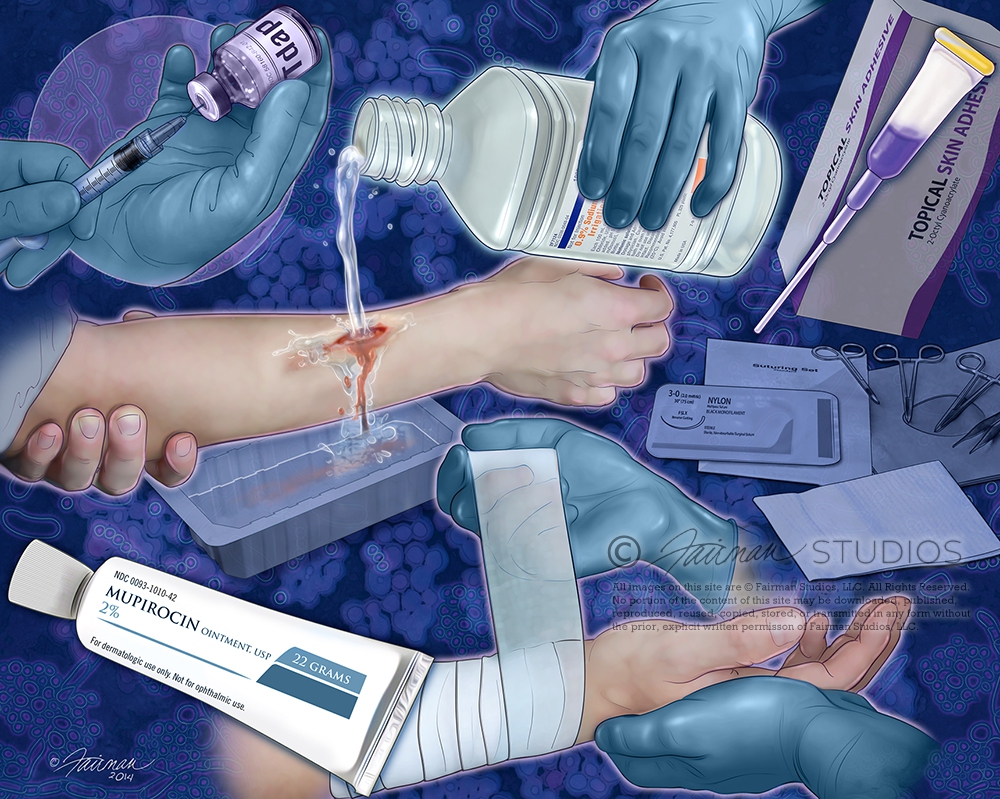 This illustration was created for the January 15, 2015 feature article for American Family Physisician about Wound Care. This article reviews common questions associated with wound healing and outpatient management of minor wounds:

Patient information: See related handout on wound care, written by the authors of this article.

Lacerations, abrasions, burns, and puncture wounds are common in the outpatient setting. Because wounds can quickly become infected, the most important aspect of treating a minor wound is irrigation and cleaning. There is no evidence that antiseptic irrigation is superior to sterile saline or tap water. Occlusion of the wound is key to preventing contamination. Suturing, if required, can be completed up to 24 hours after the trauma occurs, depending on the wound site. Tissue adhesives are equally effective for low-tension wounds with linear edges that can be evenly approximated. Although patients are often instructed to keep their wounds covered and dry after suturing, they can get wet within the first 24 to 48 hours without increasing the risk of infection. There is no evidence that prophylactic antibiotics improve outcomes for most simple wounds. Tetanus toxoid should be administered as soon as possible to patients who have not received a booster in the past 10 years. Superficial mild wound infections can be treated with topical agents, whereas deeper mild and moderate infections should be treated with oral antibiotics. Most severe infections, and moderate infections in high-risk patients, require initial parenteral antibiotics. Severe burns and wounds that cover large areas of the body or involve the face, joints, bone, tendons, or nerves should generally be referred to wound care specialists. 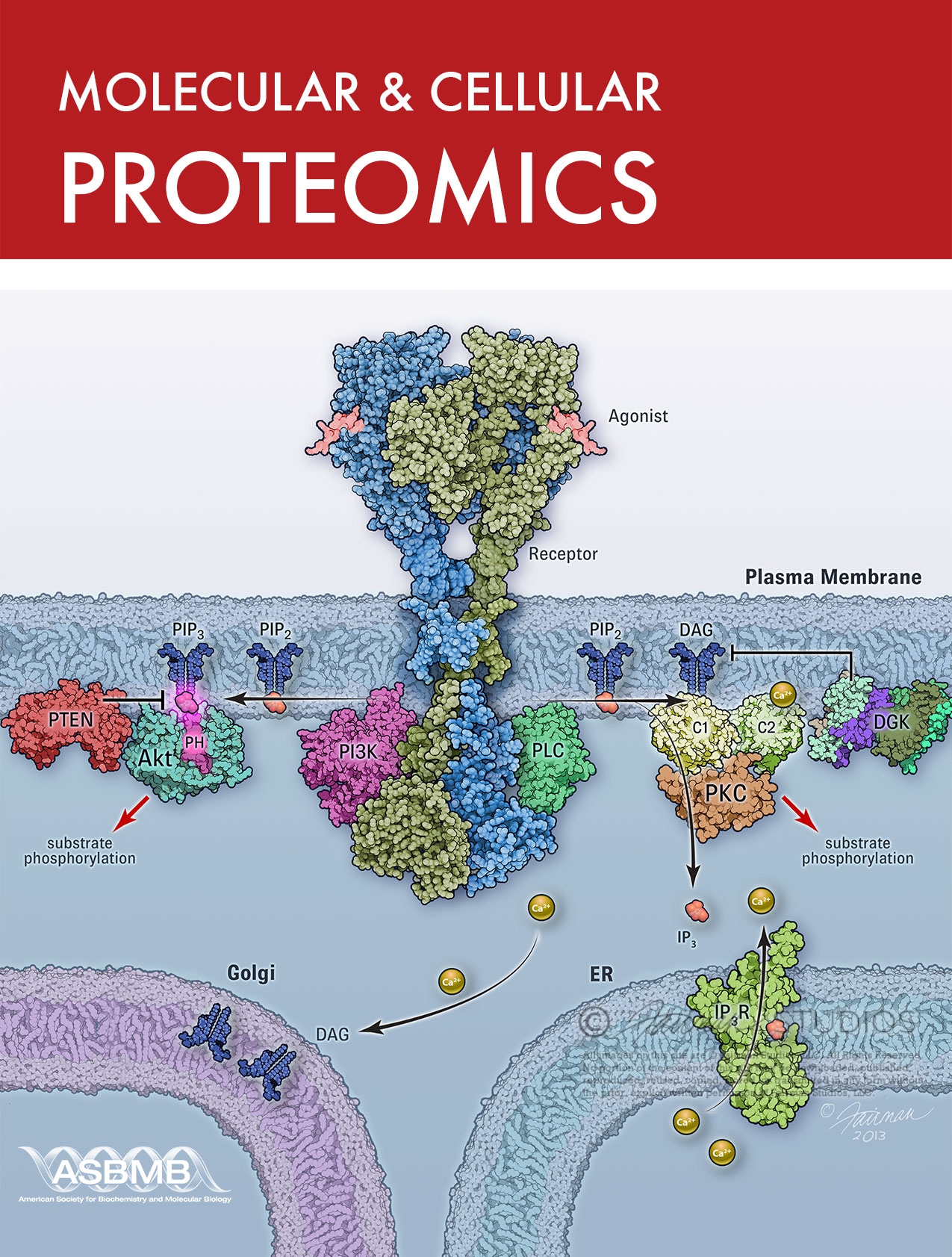 A special issue of the journal Molecular & Cellular Proteomics in December focused on post-translational modifications. To convey the complexity of the molecular biology and biochemistry involved in these modifications, Jennifer Fairman was recruited to help with the illustrations and schematics as well as to design the cover art of the special issue.

This special issue of Molecular and Cellular Proteomics grew out of the bi-annual Special Symposium “Post Translational Modifications: Detection and Physiological Roles” held at Lake Tahoe in October of 2012, which was supported by the American Society for Biochemistry and Molecular Biology (ASBMB) and Molecular and Cellular Proteomics. Papers in this issue illustrate ongoing work in the field of PTMs that builds upon the advances in proteomics made during the past decades.

To visually capture the complex intricacies of the molecular biology involved in post-translational modifications, certified medical illustrator Jennifer Fairman designed several of the figures as well as its cover art. Fairman is the Founder and Principal of Fairman Studios and is an Assistant Professor in the Department of Art as Applied to Medicine (AAM, medart) at the Johns Hopkins University School of Medicine where she previously received her Master of Arts in Medical and Biological Illustration.

The way Fairman worked on the art for the MCP special issue on post-translation modifications was typical for any project she does. She met with Gerald Hart of Johns Hopkins University, the MCP associate editor overseeing the issue, and ASBMB’s publications director, Nancy Rodnan, whose idea it was to hire a professional medical illustrator. Hart explained the science in the various articles. With input from Mary Chang, MCP’s managing editor, the group focused on the images that were either schematics or illustrations. They left alone the images that were captured by a camera or a computer.

“One of the things that I strived to do for this journal was to come up with a consistent style,” explains Fairman. For elements that came up repeatedly, such as ubiquitination, acetylation, proteins and organelles, Fairman established a style so that all of the figures throughout the special issue had the same look and feel. Fairman also says she stuck to scientific conventions as much as possible in terms of colors and symbols. “For example, thinking back to my time in organic chemistry in undergrad, in the little molecular model set, oxygen is usually red, carbon is black, and hydrogen is white,” she says. “Whenever we create any visual, we have to keep in mind who the audience is. Because MCP has a scientific audience, I’ve tried to come up with conventions that people are used to seeing.”

Fairman says it can be a challenge to figure out what should be kept in and left out of an illustration. She had a difficult case with one of the figures from the MCP special issue. “The illustration shows a really complicated mechanism, where these different proteins on the cell membrane, endoplasmic reticulum, nucleus, all the different organelles, are interacting with each other,” she says. “Instead of showing every single protein in its correct configuration, the best thing to do to drive home the message is to use color coding. Not worry so much about what those proteins actually look like but focus more on what they do.”

With the cover, Fairman took another tack, because the cover has a different role than figures in the scientific articles. The inspiration for the cover art came from figure 1 in the article by Corina Antal and Alexandra C. Newton at the University of California, San Diego, on the dynamics of lipid second messenger phosphorylation. “The cover isn’t necessarily meant to show the whole mechanism in a way that the readers will completely understand it,” says Fairman. “It is supposed to engage them and bring them into the journal, wanting to read that featured article.” 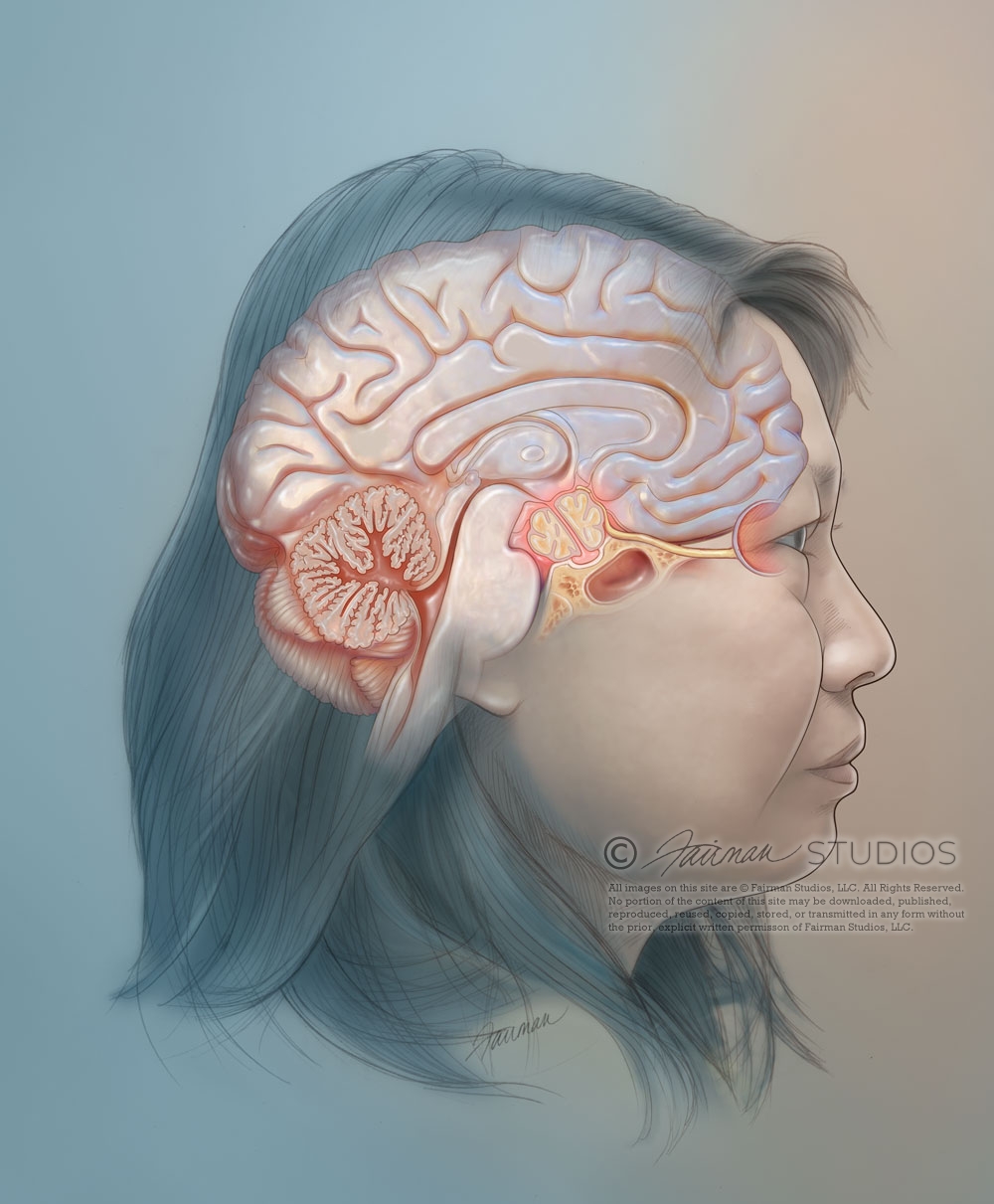 A craniopharyngioma is a benign tumor that develops near the pituitary gland (a small endocrine gland at the base of the brain). This tumor most commonly affects children 5 – 10 years of age. Adults can sometimes be affected. Boys and girls are equally likely to develop this condition.
Craniopharyngioma causes symptoms in the following ways:

Increased pressure on the brain causes headache, nausea, vomiting (especially in the morning), and difficulty with balance. Damage to the pituitary gland causes hormone imbalances that can lead to excessive thirst, excessive urination, and stunted growth. When the optic nerve is damaged by the tumor, vision problems develop. These defects are often permanent, and may get worse after surgery to remove the tumor.

Behaviorial and learning problems may be present. Most patients have at least some vision problems and evidence of decreased hormone production at the time of diagnosis.

Traditionally, surgery has been the main treatment for craniopharyngioma. However, radiation treatment instead of surgery or along with a smaller surgery may be the best choice for some patients. In tumors that cannot be removed completely with surgery alone, radiation therapy is usually necessary. If the tumor has a classic appearance on CT scan, a biopsy may not be necessary if treatment with radiation alone is planned. Stereotactic radiosurgery is performed at some medical centers. This tumor is best treated at a center with experience in treating patients with craniopharyngiomas. [Source: A.D.A.M. Medical Encyclopedia.] 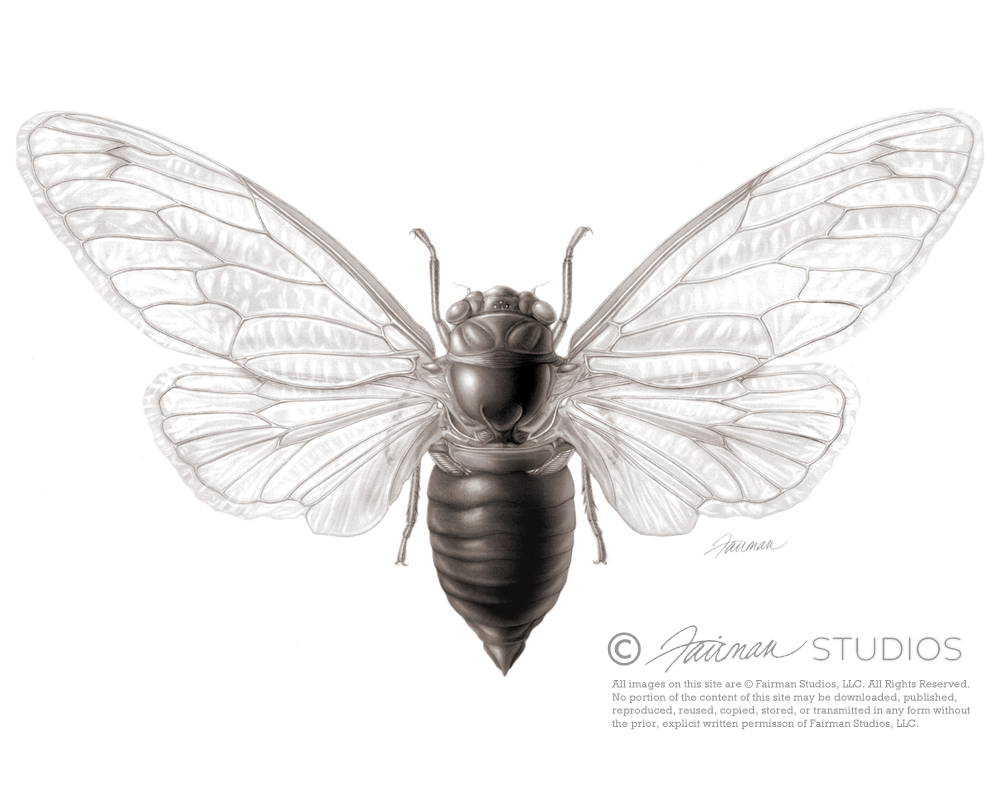 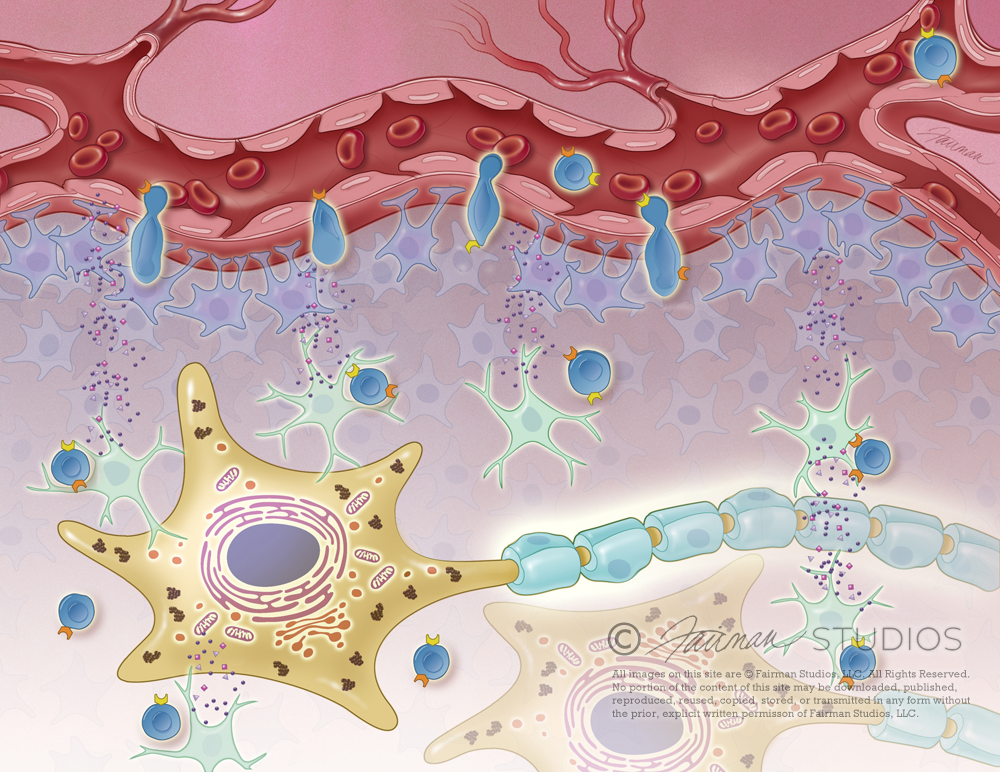 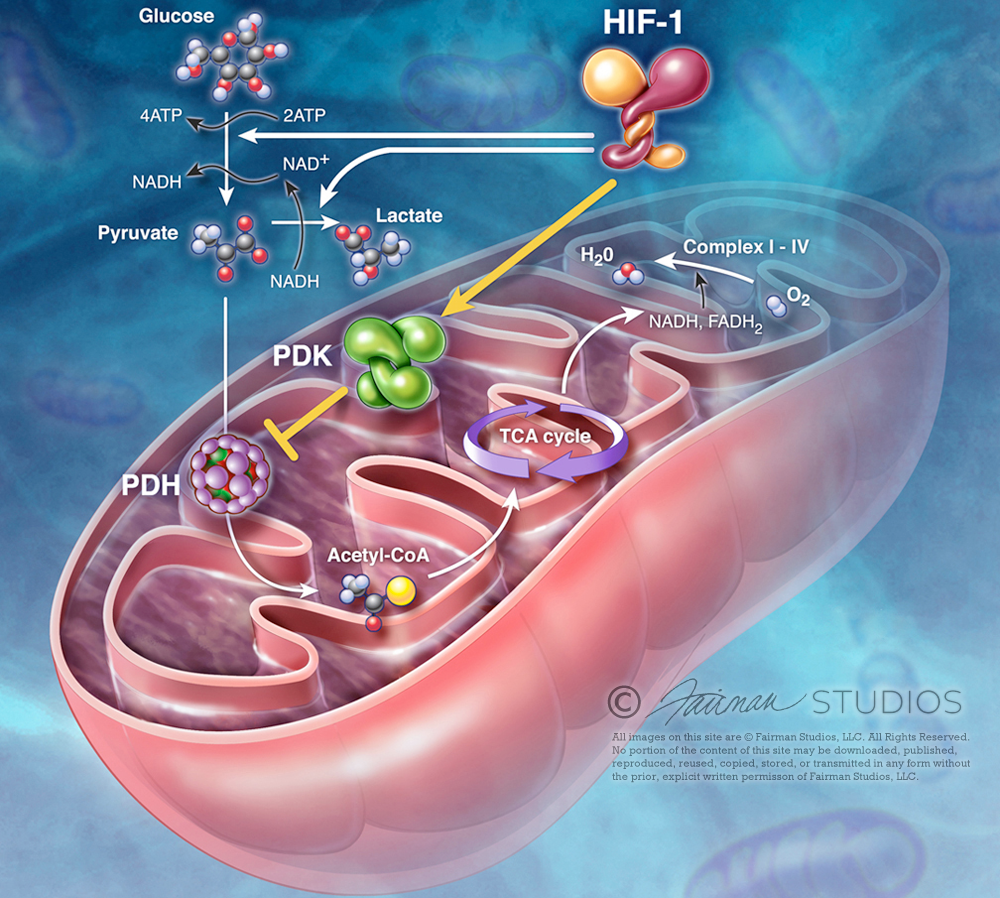