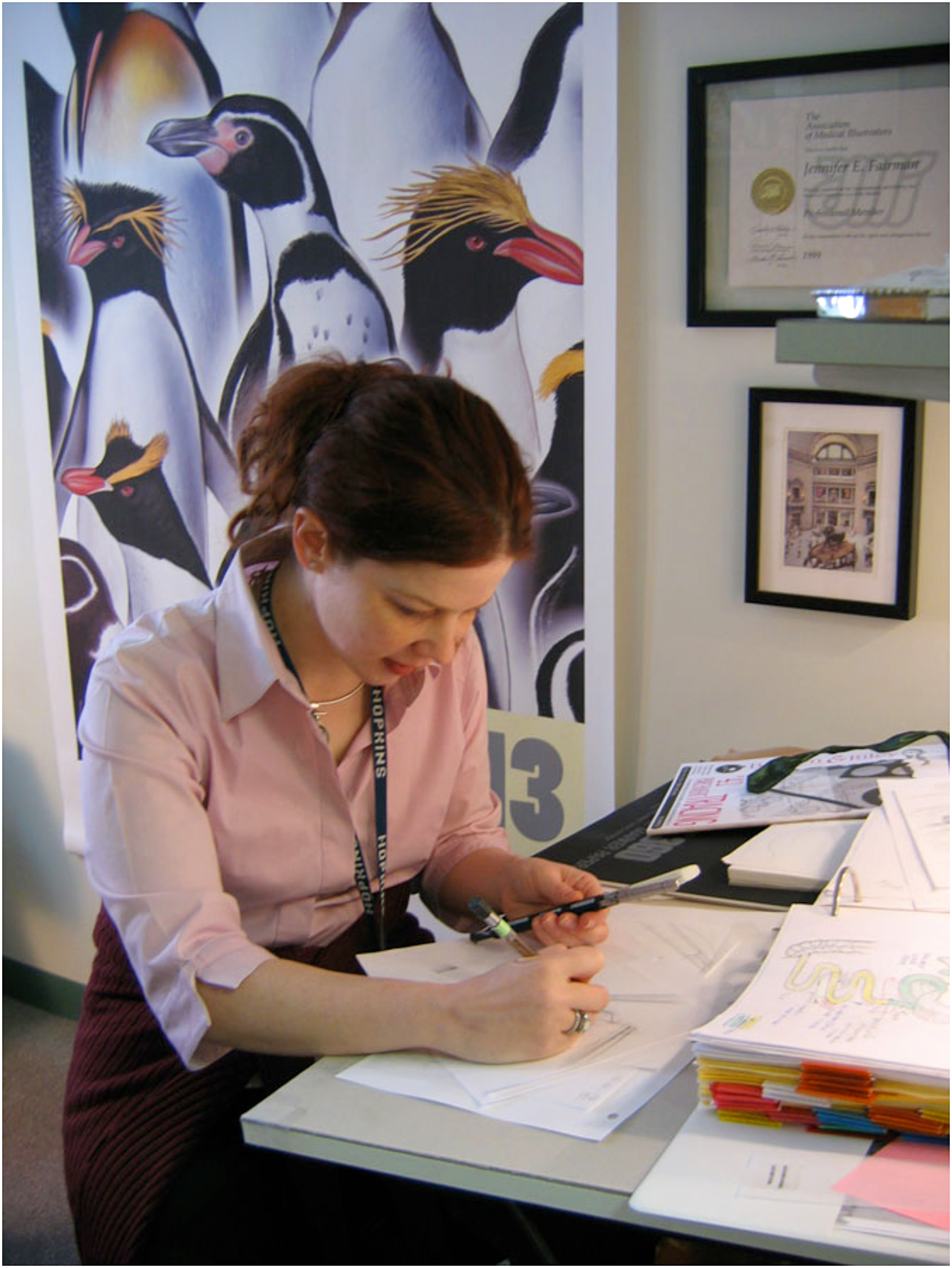 I’m Jeni, and for nearly 3 decades I have served clients as a professional expert in visual communication in science, medicine, education, design and more. My experience is varied and stems from museum exhibit design, to field research, government contract work, education in the classroom, consulting with non-profits and work in the private sector, and of course, knowing the ins and outs of running a small woman-owned business.

You know when you see a picture that illustrates a complicated concept, and it finally makes sense to you? That’s where my expertise comes in to play: I simply help clients visually explain their complex discoveries with engaging visuals that teach. I help clients tell their stories. Illustrating medical or scientific concepts that make sense of research, for example, helps people make informed healthcare choices. Illuminating educational topics like language or geography can serve a wide variety of audiences young and old.

I currently teach as an Associate Professor at the Johns Hopkins University School of Medicine. I also mentor other small business creatives to help them start, grow and thrive in their own professional creative practices. When I am not teaching or illustrating, I can be found metalsmithing, creating artisan craftworks and Judaica at jenijewelry.com, swing-dancing with my husband, playing trumpet and exploring the mysteries of the world with my children. 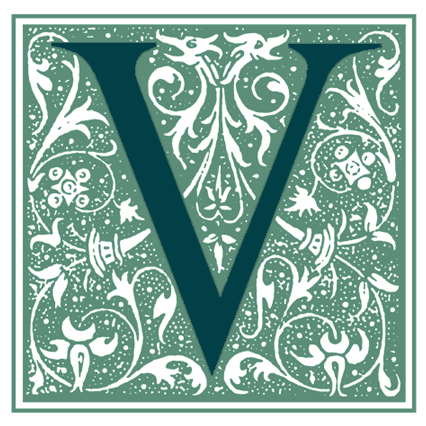 The Inez Demonet Scholarship is an annual merit scholarship awarded to the applicant with highest academic and personal achievements in the field of visual communications in the health sciences. Applicants are judged on academic breadth and depth, academic performance, quality of artwork, quality of references and evidence of broad-based interests and accomplishments.  [source: ami.org; vesaliustrust.org]

The designation of Certified Medical Illustrator denotes a voluntarily earned credential and provides a recognizable means of signifying a practitioner’s current competency in the profession of medical illustration.” – Board of Certification of Medical Illustrators [source: ami.org] 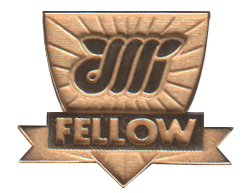 Fellow of the Association of Medical Illustrators

The designation of Fellow is a formal and public recognition of those AMI members who have generously contributed considerable time and effort to the Association in volunteer participation and service. The AMI Fellow Program was established to (1) foster the volunteerism concept for the good of the Association, and (2) recognize those members who have generously given of their time and talents to AMI activities. 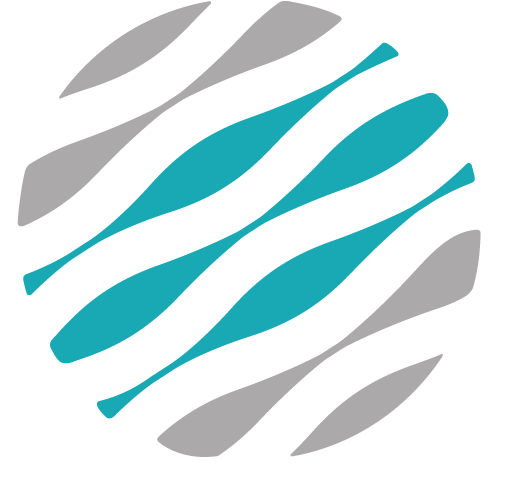 On July 18, 2008, at the 63rd Annual Conference of the Association of Medical Illustrators, Jennifer Fairman received the Outstanding Acheivement Award, “for outstanding service to the Association, excellence as an artist and educator, and bringing honor to the profession.” The Outstanding Service Award is presented to a Professional or Associate Member who has served the AMI in an official capacity and who deserves special recognition. No more than two such awards may be presented in one year.

Jennifer’s undergraduate studies took place at the University of Maryland where she was also employed as an illustrator and graphic designer for the Department of Communication Services. In May of 1995 she received a Bachelor of Science in Biological Sciences as well as a Bachelor of Arts in Studio Art with a minor in German language. She served as a scientific illustrator and research associate in entomology for the Smithsonian Institution in Washington, DC. Her primary research and production work was based at the USDA Systematic Entomology Laboratory located within the National Museum of Natural History. Her work at the Smithsonian also brought her to Costa Rica, where at INBio (Instituto Nacional de Biodiversidad) she assisted in systematic entomological research and taught scientific illustration.

During her graduate studies at Johns Hopkins, Jennifer completed her thesis conducting a comparative study of dinosaur and reptilian cranial anatomy. She also interned for Hurd Studios in Brooklyn, New York the summer of 1998, where she story-boarded and illustrated for patient education medical videos for public television. After receiving her Masters degree from Johns Hopkins in 1999, Jennifer moved to Boston to work as a staff medical illustrator for the Lahey Clinic, a suburban hospital and community group practice. Shortly thereafter, she founded Fairman Studios.

Jennifer is a professional member and has served on the Board of Governors of the Association of Medical Illustrators (AMI). She is also a professional member of the Guild of Natural Science Illustrators (GNSI), the American Craft Council, The Illustrators Club of Washington, DC, and is currently an adviser to the Board of the Vesalius Trust after having served 4 terms.  She has received numerous grants and awards for her work including Awards of Excellence and Awards of Merit from the AMI, a Smithsonian Women’s Committee Grant, a James Smithson Society Fellowship , and a Vesalius Trust Research Grant. She is also the 1999 recipient of the Inez Demonet Award. She was inducted as a Fellow of the Association of Medical Illustrators during the AMI 62nd Annual Meeting in Bozeman, MT. Most recently, she is honored with the AMI’s Outstanding Achievement Award.

The Association of Medical Illustrators