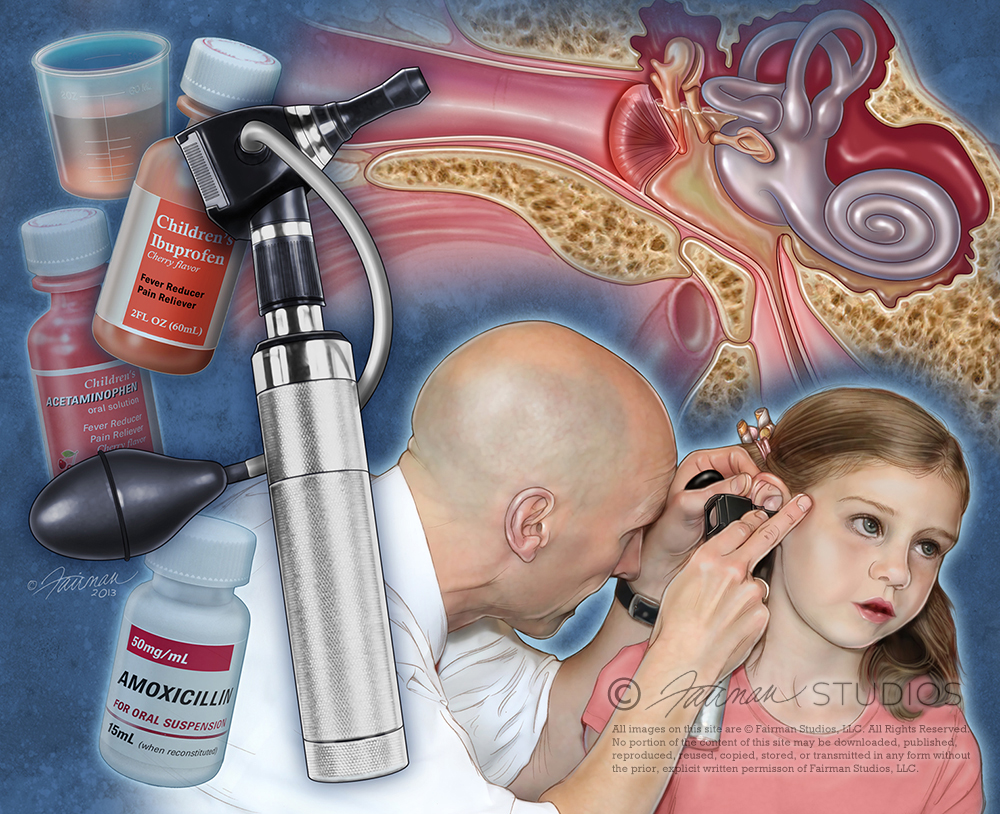 The common cause of all forms of otitis media is blockage of the Eustachian tube. This is usually due to swelling of the mucous membranes in the nasopharynx, which in turn can be caused by a viral upper respiratory infection or by allergies. Because of the blockage of the Eustachian tube, the air volume in the middle ear is trapped and parts of it are slowly absorbed by the surrounding tissues, leading to a mild vacuum in the middle ear. Eventually the vacuum can reach a point where fluid from the surrounding tissues is sucked in to the middle ear’s cavity (also called tympanic cavity), causing middle ear effusion.

As its typical symptoms overlap with other conditions, clinical history alone is not sufficient to predict whether acute otitis media is present; it has to be complemented by visualization of the tympanic membrane as shown in this illustration.