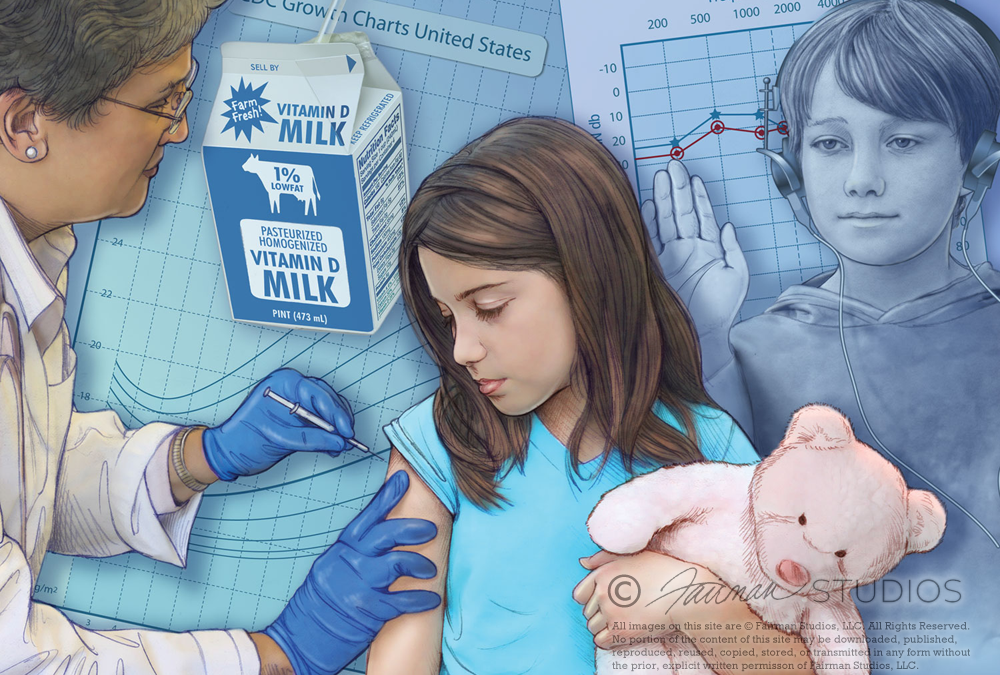 This illustration is one of the latest editorial pieces completed for the American Academy of Family Physicians featuring Health Maintenance in School-aged Children.

Abstract: The goals of the well-child examination in school-aged children (kindergarten through early adolescence) are promoting health, detecting disease, and counseling to prevent injury and future health problems. A complete history should address any concerns from the patient and family and screen for lifestyle habits, including diet, physical activity, daily screen time (e.g., television, computer, video games), hours of sleep per night, dental care, and safety habits. School performance can be used for developmental surveillance. A full physical examination should be performed; however, the U.S. Preventive Services Task Force recommends against routine scoliosis screening and testicular examination. Children should be screened for obesity, which is defined as a body mass index at or above the 95th percentile for age and sex, and resources for comprehensive, intensive behavioral interventions should be provided to children with obesity. Although the evidence is mixed regarding screening for hypertension before 18 years of age, many experts recommend checking blood pressure annually beginning at three years of age. The American Academy of Pediatrics recommends vision and hearing screening annually or every two years in school-aged children. There is insufficient evidence to recommend screening for dyslipidemia in children of any age, or screening for depression before 12 years of age. All children should receive at least 400 IU of vitamin D daily, with higher doses indicated in children with vitamin D deficiency. Children who live in areas with inadequate fluoride in the water (less than 0.6 ppm) should receive a daily fluoride supplement. Age-appropriate immunizations should be given, as well as any missed immunizations. 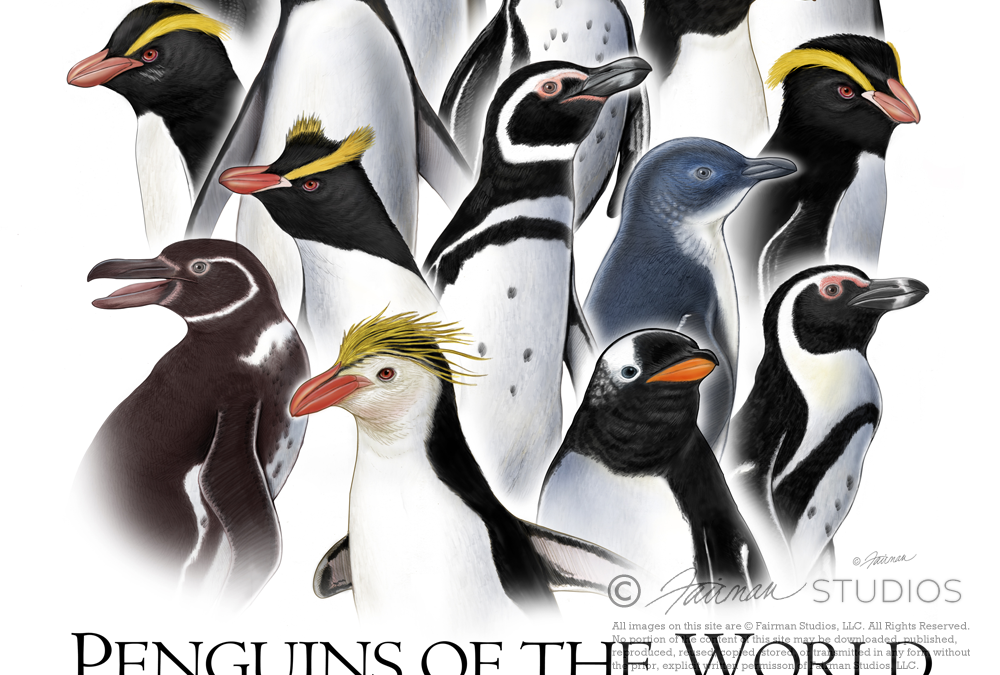 Fairman Studios was chosen among a number of other illustration studios to create original illustrations that are now be part of an interactive walk-through display for the Saint Louis Zoo Penguin and Puffin Coast Exhibit, which opened at the zoo in Spring 2003. This poster (which may be purchased at http://penguinsoftheworld.com) was created after the project was completed as an educational and promotional piece showing all 17 species of penguins.

The Saint Louis Zoo, Ten 8 Group, Peckham Guyton Albers & Viets, Inc. (PGAV), Pacific Studio and Fairman Studios teamed up to create the new Penguin and Puffin Coast Exhibit, which opened at the zoo in Spring 2003. Fairman Studios was chosen among a number of other illustration studios to create original illustrations that will be part of an interactive walk-through display within the exhibit.

Two large indoor exhibits, one for penguins and one for puffins, will depict a rugged naturalistic coastline complete with underwater viewing. The Lichtenstein Penguin Cove will be home to penguins from the Antarctic, and Puffin Bay will feature puffins, a beautiful oceanic bird from the North. This will be the first walk-through, sub-Antarctic penguin exhibit in North America. The indoor puffin exhibit will include about 25 tufted and 25 horned puffins, all from the Northern Hemisphere. Read more about this project.